Key Factors That Affect the Quality of Your Vlog 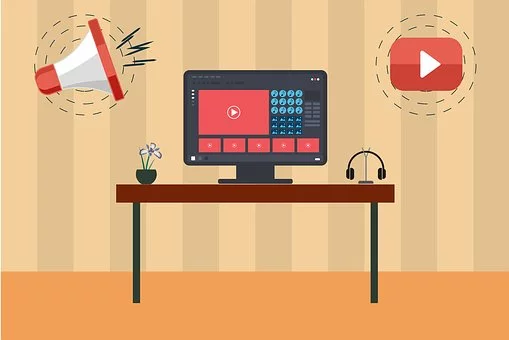 If you’ve watched any popular blogs on YouTube or other forms of media, you have probably noticed that they are of a higher quality. It might not be something that you can put your finger on, but something just “feels” good about how they produced the video.

If you’re looking to replicate this sort of quality, there are a few key factors that are going to affect your vlog quality.

It’s surprising the amount of people who don’t realize that proper lighting can completely change how you’re appearing in your vlog. If you are attempting to speak towards the camera with a large light source immediately behind you (like the sun), you’ll create a shadow and won’t be readily visible. You should be facing towards the light source, with the back of the camera facing it. You will want to have your plans for lighting established well before starting your blog, otherwise, you might be frustrated with the result. If you’re filming outside, think of what times of day will be the most optimal for recording.

Wind and other noises

It’s probably not best to film on a windy day, or in areas where there’s an excessive amount of noise. When you are editing your video you’ll probably be unhappy if you have to record the whole thing again because your voice wasn’t audible over background sounds. If you’re filming inside you might want to make sure your animals won’t make any noise or other people in the house. You may need to schedule your vlog time around other people's schedules, it’s annoying, but it will drastically improve vlog quality. If you need to be out on a windy day for an event, you might consider getting equipment that can reduce background noise.

Quality of microphone and camera

It might be impossible to take a high-quality vlog, without a high-quality camera and microphone. That’s not to say you need to expend a large amount of financial resources on equipment, but increasing the quality of your tools will increase the quality of your video, it is just common sense. If you’re having trouble finding the right mic, there are resources online that can help you look for one. Having a good microphone can also reduce the amount of exterior noise that penetrates the recording. Even using miscellaneous items like a selfie-stick can help capture your image without being worried about the camera’s positioning. Audio and visual components are some of the major aspects of running a vlog, and so they should be considered a top priority. 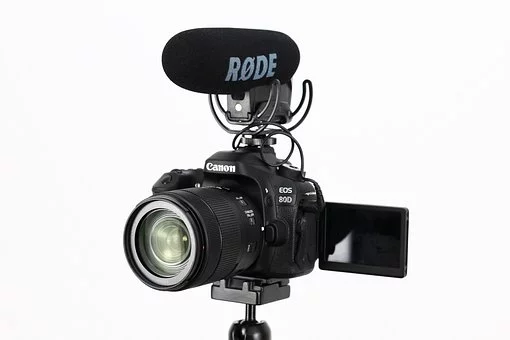 Not having a plan

Vlogs are supposed to be relatively candid, but that does not mean you should just pick up a camera and start recording whenever you feel like it. If you have an established vlog, it should be oriented around your established subject matter. If you’re just starting a vlog you can think of what kind of niche that you want to fit into. Come up with a plan of what you are going to vlog for the day, whether it be meal preparations, or going on a trip. Writing out a rough draft of what you want to say can also be an important asset. You don’t want to write a script and read it verbatim, because the value of a vlog comes from its “off the cuff” style.

Let’s face it, in today’s modern era of easily accessible entertainment content, people’s attention spans are not fairly long. Most users are going to want to consume content in five or ten-minute intervals, and anything longer they might perceive as boring. There are very few exceptions to this rule, there are vloggers who vlog content for longer than twenty minutes but their audience expects that from them. You’ll also notice that these vloggers generally produced one or two videos of this length, and saw how their audience reacted prior to committing to this time frame.

Creating content is time-consuming, but audiences want to consume content faster than it can possibly be produced. If you’re posting infrequently, your following may not feel like your vlog is engaging and may unsubscribe or stop viewing your videos. You want to have a consistent posting schedule. Many of the most popular vloggers post their videos on regular times and days of the week. You’ll often see that they will also apologize if their videos are late, and take accountability for that. So if you post a video late, be sure to let your audience know why, so they still feel inclusive in your world.

If you are simply taking videos and you’re not speaking to the audience, are you even really vlogging? Audiences watch vlogs as a form of entertainment, but they might also be watching because they feel like they have a personal relationship with your product. You want to cultivate this relationship, so address the audience in your videos. Respond to comments on your videos, and even personal messages. This can go a long way to procuring a loyal following.

Acknowledge suggestions that have been offered in your recording, and ensure you encourage discussion on your video page. Even personally thanking specific users for their recommendations in your videos might get your following excited. They will want to comment hoping that they will be the next person that you mention in your vlog. You will notice almost every YouTube out there has used the phrase “comment, like, and subscribe”, because it helps remind your demographic to engage in these behaviors.

I know this seems like a lot to introduce into your recording style all at once. One of the best things you can do is review a current vlog that you’ve taken and compared its portrayal to the qualities mentioned on this list. Ask yourself what you could do better, what you do well (give credit where it’s do), and what’s something you haven’t tried before. As long as you are consistently looking to improve your vlogging quality, and attempting to be innovative, you’ll start to become more adept at production.

How To Serve Champagne Throughout An Entire Meal

Aspirin, Acetaminophen, and Ibuprofen: Side Effects and Natural Alternatives

How to Build an Intelligence Career

How To Choose A Good Health Insurance Company

Acrylic portrait painting websites are among the most popular gift idea destinations online.

The Ultimate Guide to High-End Lighting Design in ANY Room

How to Effectively Remove Iron from Well Water?

5 Signs It Is Time to Hire a House Cleaner

Major mistakes to avoid when buying a used car

Go Off the Charts with these 6 Intro Video Ideas!

Travel: an activity that will transform with the “New Normal”

5 Roof Problems and What to Do About Them

How To Study Effectively during Quarantine. 7 Practical Tips For Students

5 Must-Have Sofas With a Touch of Traditional Japanese Designs

Water Heater Tips: 5 Ways to Save on Your Water Heating Bill

How to Keep Your Skin Young at Any Age

The Essential Ingredient for an Important Day