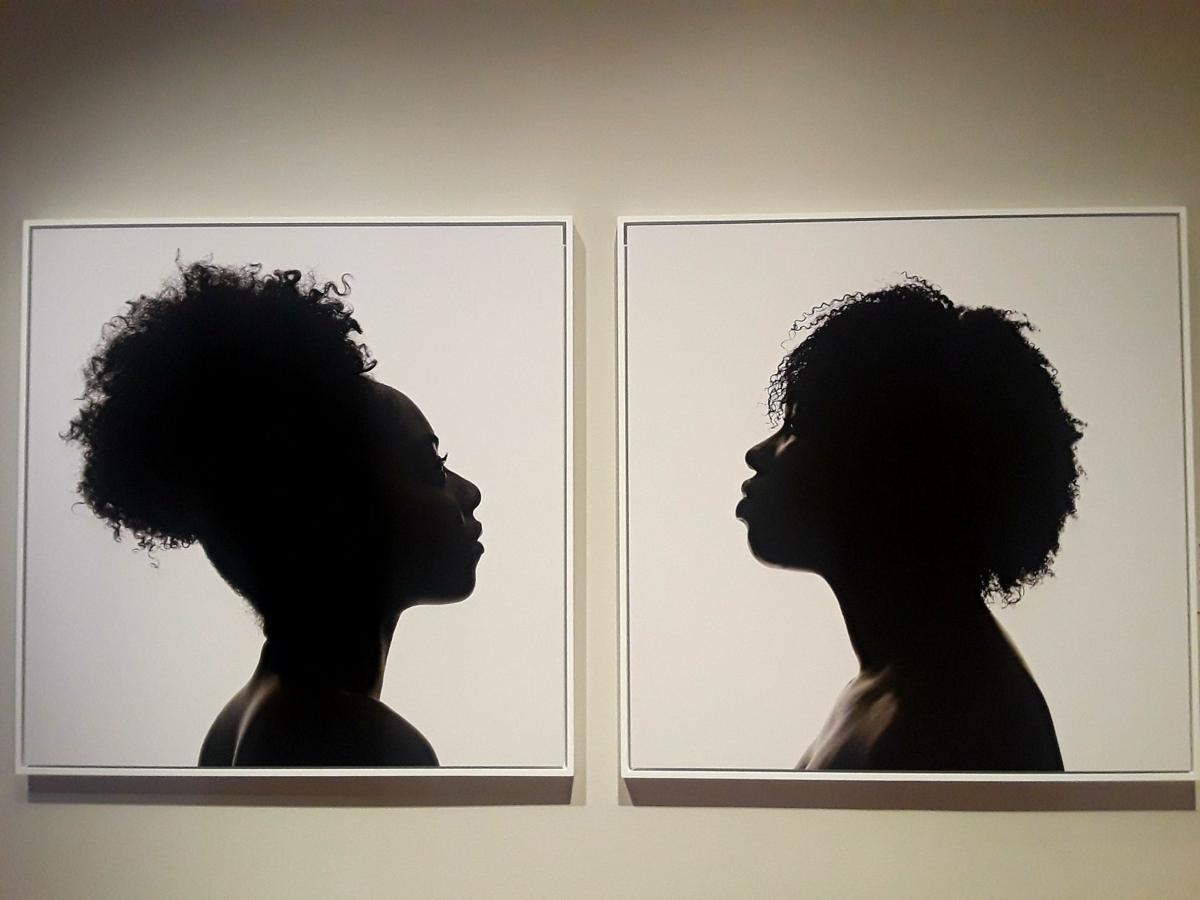 The Artist Speaks: Erica Deeman's exhibit "Silhouettes" from the Museum of Photographic Arts 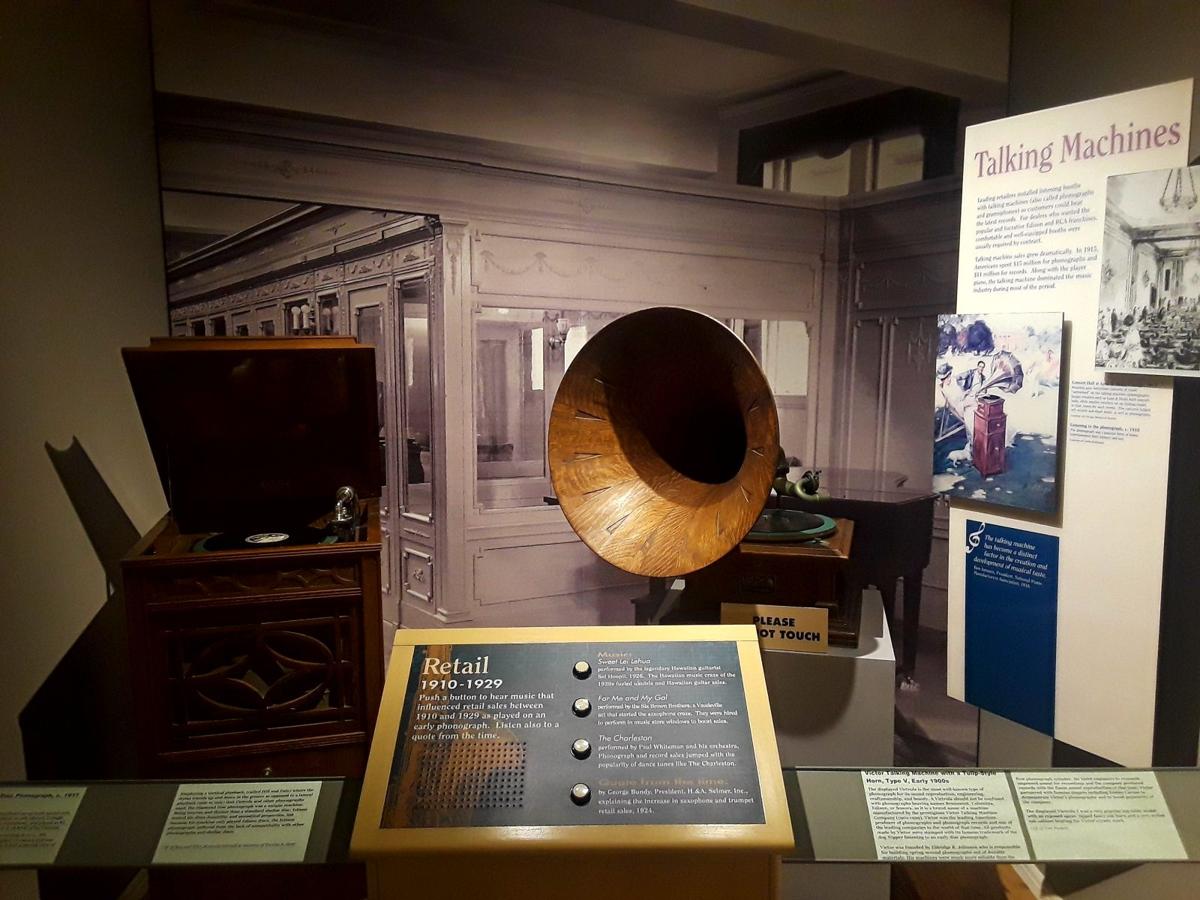 Planning to explore San Diego? Whether you’re a fan of art or a history buff, these museums are sure to entertain and enlighten your summer.

The first of the three museums to visit in Balboa Park is the Museum of Photographic Arts. Currently, there are four exhibitions: Moment in Time: A Collection of Photographs Works from the Bank of America Collection; The Artist Speaks: Erica Deeman, George Hurrell: Hollywood Glamour; and Hidden Worlds.

The George Hurrell: Hollywood Glamour exhibition features portraits of Rita Hayworth, Clark Gable, Katherine Hepburn, Jean Harlow, Greta Garbo, and John Barrymore. Though the exhibition is small, fans of the Golden Age of Hollywood will thoroughly appreciate the work of Hurrell. The second exhibit is The Artist Speaks: Erica Deeman, featuring two installations: "Brown" and "Silhouettes." What’s interesting about Deeman’s portraits is she found her subjects by approaching friends, family, and strangers she encountered, even going so far as placing an ad on Craigslist, to have subjects sit for portraits. In "Silhouettes," the San Francisco-based artist Erica Deeman tackles race, gender, and cultural identity. From a distance, the portraits appear black and white, but closer up, it’s revealed that the portraits are in color, revealing details regarding the individual’s appearance. As for "Brown," the men in each portrait were placed against a backdrop matching their skin tone. Each portrait depicted a man shown without clothing, allowing the audience to connect with the person.

There are currently seven exhibitions at the San Diego History Center. Along with the exhibitions, San Diego History Center provides a daily screening of the film The Jewel of San Diego, a 30-minute documentary on the history of Balboa Park. Marston’s History Emporium: A Hand’s-On Learning Lab is an exhibition targeted towards children. Parents and children will encounter seven stations, such as Our San Diego and The Sights, Sounds (and Smells) of Old San Diego. The main attraction at the museum is LGBTQ+ San Diego: Stories of Struggles and Triumphs. This exhibition recently opened in the beginning of July and provides a comprehensive history focusing on San Diego’s LGBTQ community. The San Diego History Center partnered with Lambda Archives of San Diego, (LASD) making this their first exhibition in Balboa Park. Founded in 1987, the LASD is dedicated to preserving the memories of LGBTQ people’s lives, work, and cultures. As soon as you walk into the exhibit, you’ll see rainbow streamers; a timeline adorns the wall, chronicling the rich history. There are eight pillars that focus on specific topics, such as persecution, influential people, and triumphs. The exhibit is scheduled to run from now to January 2020.

The Museum of Making Music dedicates itself to providing the story of music by describing the making and selling of musical instruments and products. Of the five galleries, each one provides a station, or studio, that allows visitors to try out instruments. Not to mention that each gallery is interactive, meaning there are buttons visitors can press that offer a glimpse into the popular music at that time. Starting in the early 1900s, the gallery "America’s Music Products Industry Comes of Age" lists several genres of popular music, including big band, ragtime, and sentimental ballads. Galleries four and five explore the evolution of rock and roll. With the introduction of rock acts such as Elvis, Jimi Hendrix, and The Supremes, this led to a decline of orchestrations popular in the early 1900s and a rise in guitar sales. The later part of the 20th century "diversified" popular music. Artists and bands experimented, creating subgenres such as glam rock, funk, and indie rock. Towards the end of the museum, you will find an exhibition titled "Music Photography of Henry Diltz." Notable favorites include photographs of The Doors, two photographs in particular. "The Doors, Venice Pier, CA" features the band underneath the iconic Venice Beach Pier looking off camera; according to Diltz, drummer John Densmore caught sight of a surfer, causing the rest of the band to look in that direction. The exhibit runs until October 28, 2018, so be sure to check it out while you still can.

Currently on exhibit at the Timken Museum of Art is "Leela: Portrait of a Woman in a Green Dress." Bhavna Mehta designed her three-dimensional artwork after Bartolomeo Veneto’s "Portrait of a Lady." Given that Mehta’s mediums are paper cutting and embroidery, Mehta created an exquisite sculpture. At the Timken, you can closely admire the intricate details of the embroidery adorning Leela’s dress, the gorgeous headpiece, and the butterflies that surround her face. The piece supposedly took approximately two weeks to complete. Veneto’s "Portrait of a Lady" is situated a few feet away from Leela, allowing visitors to witness the contrast.