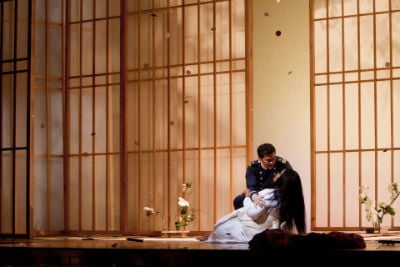 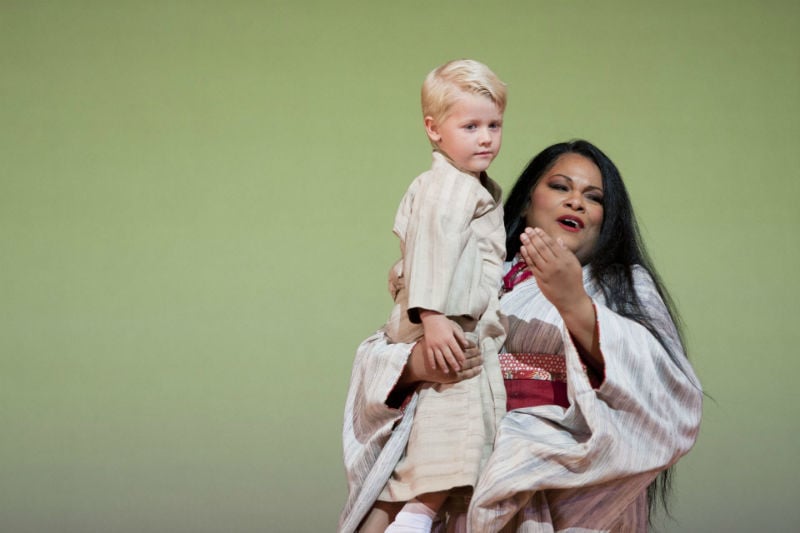 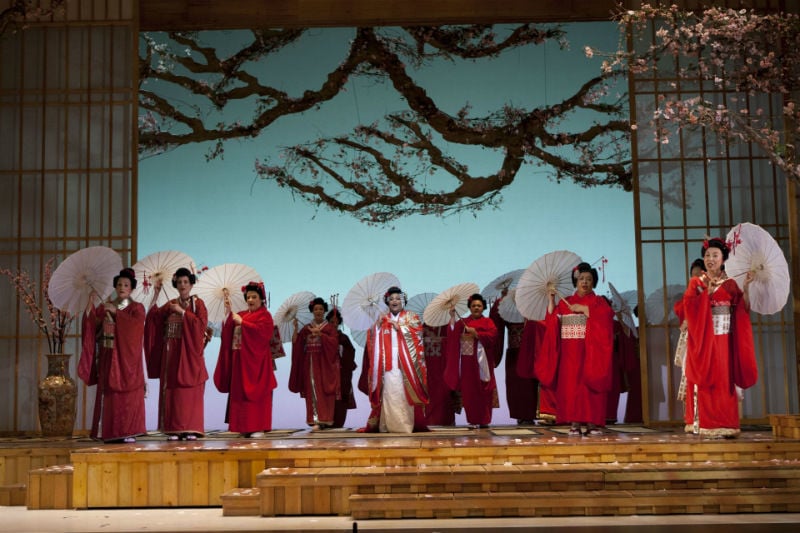 Opening Saturday, April 16th, the San Diego Opera is about to stun the Civic Theatre with their beautiful rendition of Madama Butterfly. This opera, written by Giacomo Puccini, is one of the most famous operas in the world. Earlier this month, FINE magazine got the opportunity to interview director Garnett Bruce about the San Diego Opera’s upcoming production. Set to open this evening, the San Diego Opera had their final dress rehearsal performance on Thursday in front of an audience of over 2,000 local students.

The Student Night at the Opera program offers local students from grades 3-12 the opportunity to watch the San Diego Opera unfold in full alongside their peers and chaperones. Accompanied by the San Diego Symphony Orchestra, students got to see the magnificent sets, take in the gorgeous costumes, and hear incredible vocal performances from the cast. The Student Night at the Opera had a packed house filled to the brim with excited young students eager to experience Madama Butterfly.

For many involved within the production of the San Diego Opera, the Student Night dress rehearsal is an absolute favorite because it introduces children to the opera and the arts. More so than that however, Student Night is always a blast because the kids are so visceral and vocal with their reactions. On Thursday, they "oooh’d" and "ahh’d" when Cio-Cio San and Pinkerton kissed for the first time, and they laughed and applauded when Cio-Cio San’s son Trouble fidgeted and played with the flowers. Student Night boasts a boisterous audience excited about the opera and the story—for many students, it may have been their first ever theatre experience.

The San Diego Opera is able to make Student Night a reality thanks to their generous sponsors, who help to provide free busing for students all over San Diego, allowing schools all over the city to send their students to this free local event. The Student Night at the Opera program is just one of many different community outreach programs offered by the San Diego Opera. Others include the Artist-in-Residence program and My Voice in the Arts.

Starring Latonia Moore as Cio-Cio San and Teodor Ilincai as Pinkerton, the San Diego Opera’s production of Madama Butterfly is a stunning treat for all. The opera tells the story of Cio-Cio San, a young geisha, who falls in love with and marries American Naval Officer Pinkerton. Instantly smitten, Cio-Cio San displays an endless devotion towards Pinkerton—converting to Christianity, rejecting other suitors, and becoming estranged from her relatives—to the point where she willingly waits for him in Japan after he returns to America without her. Unaware that she is just a passing ship for Pinkerton, Cio-Cio San sings of hope and faith in her husband, utterly smitten until the bitter end.

The San Diego Opera’s performance of Madama Butterfly is set to open tonight, April 16th, at 7pm in the Civic Theatre. There will only be four total shows, so get your tickets while you can! Tickets are available via the San Diego Opera.