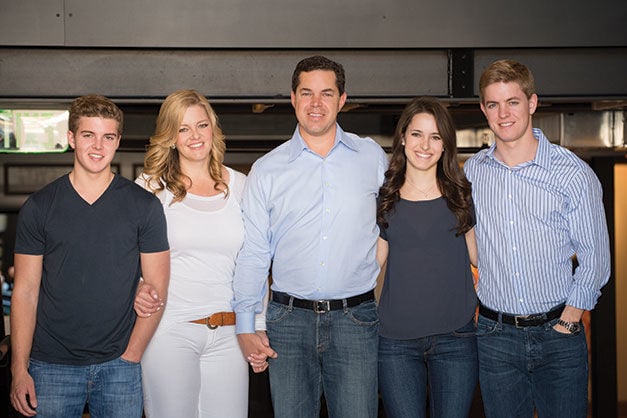 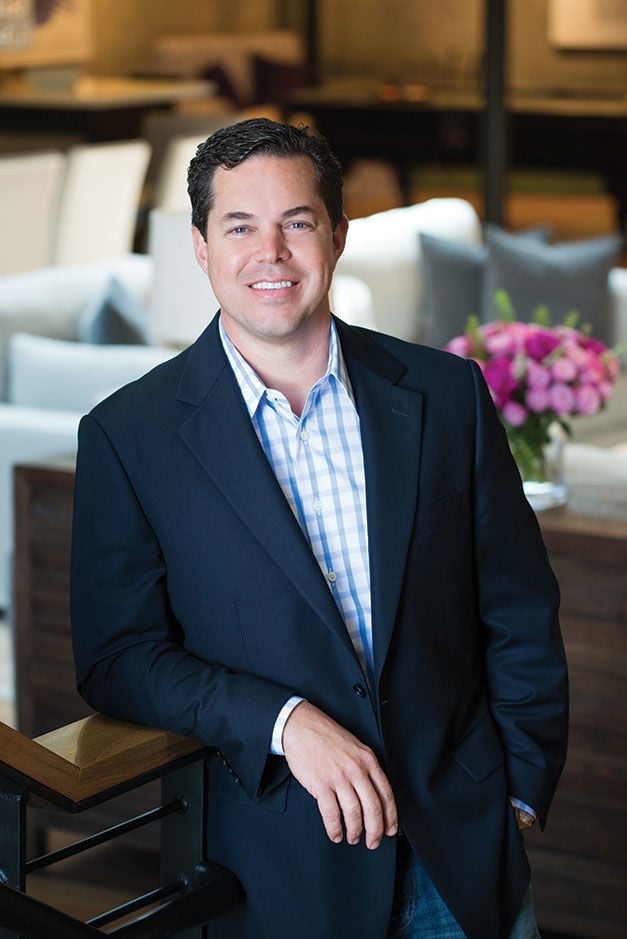 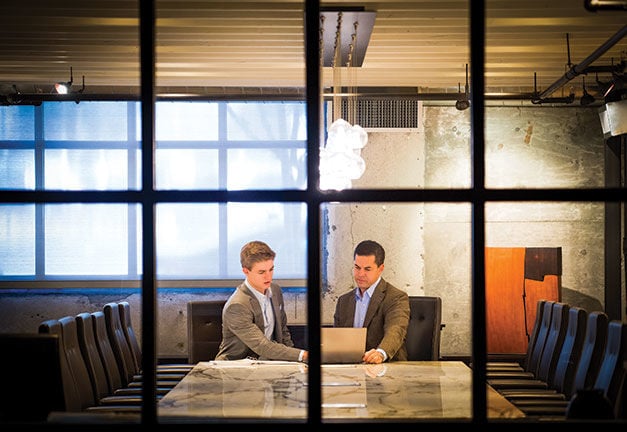 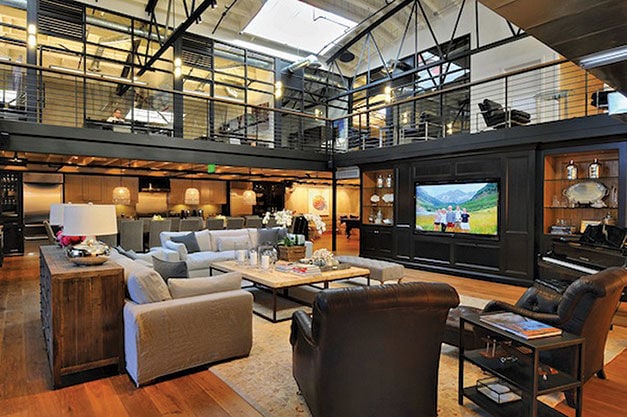 From the outside, the Hughes Marino building on Front and Beech streets is unobtrusive. Built of aged brick and surrounded by busy city life, this office building in the heart of downtown San Diego is more like a home away from home for the family that works here.

Jason Hughes, president of Hughes Marino and his son Tucker Hughes are coworkers in this intimate interior space, used for work, recreation, family and future. Specializing in commercial real estate—tenants exclusively—Hughes Marino Corporation has blurred the lines between business and pleasure, as Jason and his wife Shay ready the next generation to not only make its personal imprint from within the company, but to also dream bigger, dream more often and embrace the big picture.

Inside this building, the family portrait begins to unfold. Modern art encircles the space, finished with elegant home furniture that fills the open floor plan and invites guests to relax. A dining area and complete kitchen for impromptu gatherings of staff, clients, friends and family, celebrate the contemporary philosophy of Hughes Marino—one that embraces the union of family values into successful enterprise. As the steel framework supporting the curved ceiling remains the architectural bones of antiquity, a sense of pride, accomplishment and solidarity is the framework the Hughes family has built for itself and the company it keeps.

[Shown on the Left: Jason Hughes of Hughes Marino]

Originally from Northern California, Jason Hughes remembers the exact moment he fell in love with architecture. "I’ve been working since I was 12," he said. "I was cooking, washing windows, you name it I did it." And when he shadowed a real estate agent at work for a day, his future calling was impressed on him. "I opened my eyes up and it was like seeing those buildings I grew up around for the very first time," he recalled.

His oldest son Tucker is looking at San Diego’s commercial real estate with the same eyes. At 20 years old, Tucker Hughes—following his older sister, Star—completed his undergraduate degree in almost half the time the traditional track suggests. And if that wasn’t impressive enough, he also completed his master’s degree from the University of San Diego—like his father—this spring. The hands-on experience of working alongside his mother, father and older sister at Hughes Marino instilled in Tucker Hughes the business practicalities that cannot be learned through academia. As a result, he has achieved great success and responsibility before most of his peers have received their first cap and gown.

[Shown to the Right: Tucker and Jason Hughes of Hughes Marino]

"Our core values apply in both business and family," Jason Hughes said. "They aren’t some secret. It’s really about doing the right thing."

Hughes’ business philosophy nuances the golden rules often forgotten as life gets too busy. At Hughes Marino, the core values are part of every business meeting and the family dinner table, discussed and shared time and time again. Trust, generosity, authenticity, gratitude—these are just a few of the beliefs that define this family, the company’s success in San Diego, and the family bond that is celebrated each day they come to work together, in the building made of brick.

The hard exterior of success can be much like this building: intimidating, steadfast and strong. From within, the family is warm and affectionate, well spoken and incredibly polite. One might never feel out of place or unwelcome in the Hughes’ company.

Who hasn’t tried to divide the life lines of work and pleasure? For this father-and-son team, the separation is non-existent—as true authenticity requires complete oneness in every aspect of life. Moreover, the business ideology has been run for the last several years as a family affair—treating the 33 employees as brothers and sisters, replacing a corporate hierarchy with mutual respect and common interest. Like the interior of the office, the company’s physical environment promotes the values that are also printed on beautiful paper, available should someone need a friendly reminder:

This dogma is the foundation for Tucker Hughes, who said he hopes to be as, if not more, successful than his father in the future. "He always taught me to think big, and I’d rather fail big that risk not trying," Tucker Hughes said.

Ambitious is an understatement for the Hughes family of five. Aside from controlling approximately 80-percent of San Diego’s commercial real estate market, the Hughes’ are all well-educated world travelers, supportive of one another’s individual passion—even if not necessarily from within the same walls as Bailey Hughes, the youngest son, is studying film in Los Angeles.

Popular names like Qualcomm, The Old Globe, California Bank and Trust, Mission Federal Credit Union and many more have defined this family’s commercial real estate success. But more importunely, their success has validated the belief that the lines between one’s professional career and family can be one in the same. Blurring the lines has benefited Hughes Marino, making it a desirable place to work, play and live.